Thank you! Your submission has been received.
Oops! Something went wrong while submitting the form. Try emailing us at: info@riganelli.ca

Check out how we helped MQUIP bring the Mini Mk2 to market - an organized approach, intelligent design, and excellent product market fit. 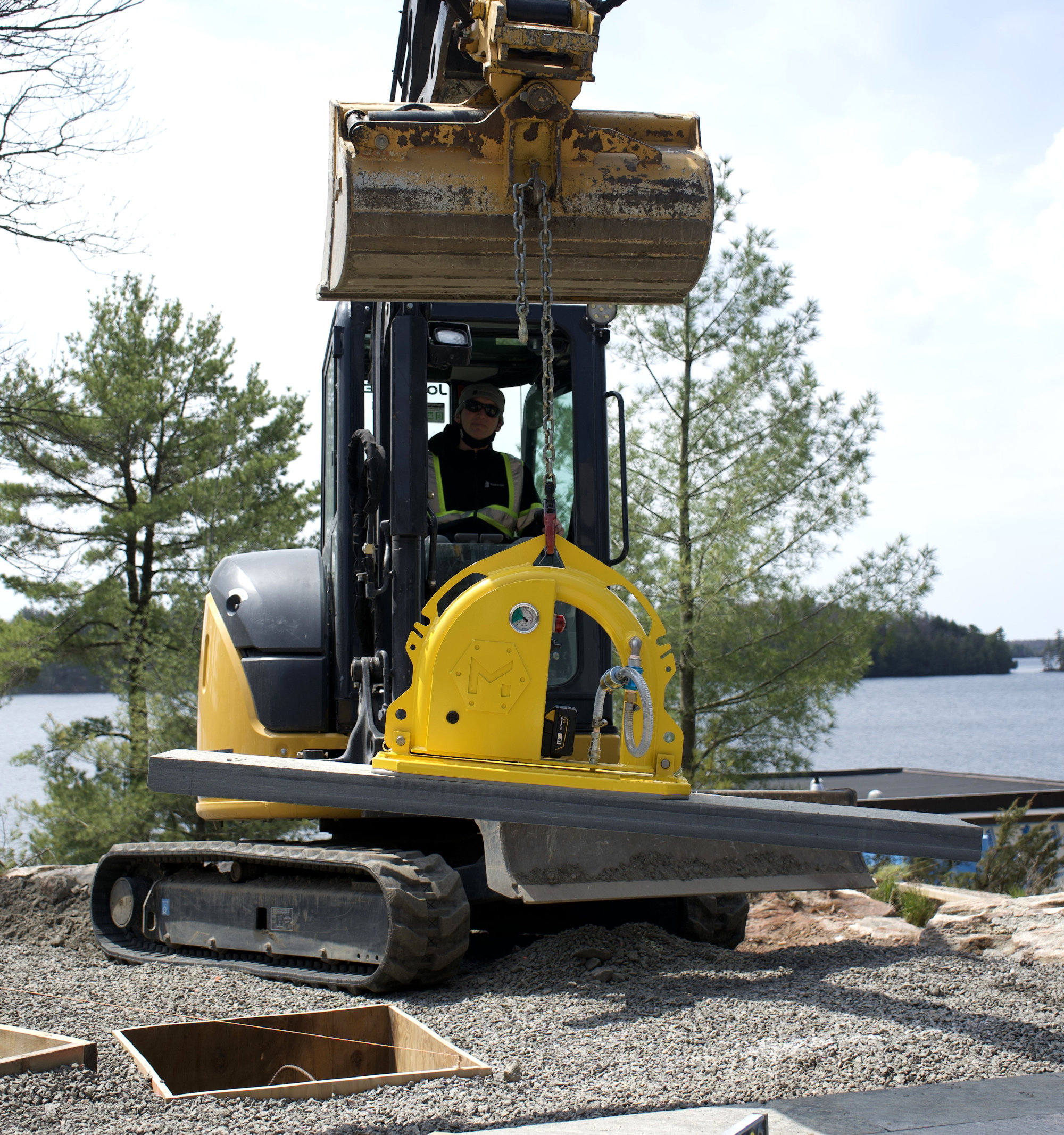 MQUIP had a range of ideas to develop a next-generation vacuum lifting device for the landscaping and construction industry, but didn’t have the know-how to bring it to life.

Riganelli Design stepped in, utilizing the team’s engineering design and analytical skills to assess the concept, suggest improvements, create detailed drawings, and liaise with the manufacturer.

"Riganelli Design was fully committed to helping us bring our ideas to life. The team’s ingenuity and experience was critical in helping realize our new product – and Marcus personally went over and beyond what we expected." - James Reid, President, MQUIP

MQUIP Group Inc. is a family-run business based in Burlington, Ontario, supplying high-quality vacuum lifting equipment for heavy materials. The business was established in 2014 to serve a growing need in the landscaping sector, and has since evolved to supply the construction sector as a whole.

Based on customer feedback from its most popular lifting device, the Mini, MQUIP knew there was an opportunity to develop the next-generation device. The father and son team had many ideas sketched out and jotted down on paper, including:

The team at MQUIP didn’t have the design know-how to make the concepts a reality.

"We knew exactly what our customers needed, but we quickly realized if we wanted to produce the new device that we needed design support. That’s when I received some marketing materials from Riganelli Design. The timing was impeccable..."

Partnering with Riganelli Design Proved to Be a Game Changer

“On meeting Marcus from Riganelli Design, we immediately knew he and his team were the right people for the job. He was extremely knowledgeable and personable, and we picked up on his sense of commitment to our project straight away,” said James.

Using their industry know-how and extensive experience, Riganelli Design stepped in and took the development of the new Mini Mk2 to the next level. Marcus spoke with the team at MQUIP and started by creating a project plan, a detailed specification, and a matrix of requirements.

During the engagement, Riganelli Design took the original sketches and ideas to:

MQUIP was especially impressed with the analyses that Riganelli Design was able to carry out. Analyzing the design and highlighting areas for concern up-front on the computer screen allowed them to refine their design prior to prototyping, saving thousands of dollars on manufacturing extra prototypes.

"As a business owner, having analytical data on hand that’s been carried out by an experienced team like Riganelli Design is priceless. It adds an extra level of reassurance knowing our products have been designed to the highest quality standards. This was a real game changer for us.” says James.

From Computer Screen to Production and Beyond

Once design reviews and analyses were carried out and approved, it was time for production. MQUIP had a relationship with a local fabricator, who had all the in-house equipment to manufacture the Mini Mk2.

Although the team at MQUIP were still heavily involved at this stage, they found themselves with the luxury of having Riganelli Design in their corner.

“It was great having Marcus and his team on board, to liaise with the fabricators for the manufacture of the Mini Mk2. It relieved a layer of stress from our small team, allowing us to get on with our day-to- day tasks. We had full confidence, knowing we had a design team who could answer any queries on the design and manufacture – they knew our product inside out,” says James.

Soon, James and the team at MQUIP received their first 10 prototypes. They were excited to see their ideas come to fruition in such a short time.

“Without help from the team at Riganelli Design, it could’ve taken us years to bring these products to life. Yet, here we are just 5 months from engaging with Riganelli Design, and the first 10 units have already arrived. Unbelievable!”

The staff quickly put prototypes through their paces on harsh work sites with their customers. They continued to work closely with the team at Riganelli Design to make small adjustments to the design before going to market.

At the same time, staff at Riganelli Design were already working on accessories for the Mini Mk2, as well as a detailed user manual in both English and French. Looking forward, they have helped MQUIP identify further product evolutions and new product ideas, and are busy at work developing these as well. MQUIP's goal is to develop an entire lineup of their own vacuum lifting products, replacing the lifters they currently distribute from other manufacturers.

From the VR design review and animation material that Riganelli Design produced, MQUIP was able to run a marketing campaign which secured a batch of preorders prior to production, giving the Mini Mk2 an effortless head start. The teaser trailer is shown above.

“Partnering with Riganelli Design has been such a valuable decision for our business. We truly feel like they’re part of the team now, and we have more projects in the pipeline to work on together. For anyone who needs full design support from a professional, reliable team who genuinely has your best interests at heart – I can’t recommend Riganelli Design highly enough,” says James.

Back to our work

Ready to work together?

We’re on the hunt for ambitious projects that disrupt industries.